Download the latest version of Among Us and enjoy playing with your friends and family. Experience a fresh spy game that you can play forever. Play as a crewmate or an impostor in this daring game of wits and creativity. In this game, it’s hunt or be hunted!

This year, the majority of population around the world have been staying at their homes for a while. Because of this, more and more family games have been popping up left and right. Among Us is one of the games that became a global sensation after becoming mainstream. But contrary to popular belief, this game isn’t new! In fact, it was released in 2018.

So, what made this game so popular now? Perhaps it’s because of the situation right now. Or a combination of a lot of factors. Whatever the case is, you can enjoy this game with your family and friends! Indulge your senses and let your inner detective take over. In this game, there are no holds barred!

What is Among Us?

In this day and age, there are plenty of adventure and detective games around. There seems to be no more room for creative games until Among Us came along! This game from InnerSloth has seemingly taken over the world by storm. This game is an instant classic due to its popularity among fans all over the world.

Here, you’ll either play as an impostor or a crewmate. But of course, this is random. As a crew mate, your job is to help prepare for lift off. But nothing is perfect in this world as there are impostors on the loose! As an impostor, your job is to sabotage operations and kill off all the crew members. With two roles clashing together secretly, this game is a modern spy one!

Features of Among Us

Among Us is a unique game of cat and mouse that allows players to enjoy! Play with your friends and loved ones. Here are its features:

Incredible Gameplay – In the gaming world, there have been tons of trending games. But none of them have come quite as close to what Among Us has achieved! With more than 100 million downloads in Google Play Store, this game has been the talk of the town for months now. But how can such as simple game take over the gaming world? The secret lies in the simplicity and complexity of this game. Needless to say, you’ll know what needs to be done in this game. But there are so many things that can happen when you’re in a match! This makes this game so much more fun for everyone involved.

Chat features – Another cool feature of this game is the chat function. This allows many players around the world to chat in-game to figure out the impostor/s. When a meeting is called by a member, all the players will gather. The game gives them a limited time only to talk amongst themselves to try and find the impostor/s. Then, they can vote to kick out the impostor. But if they voted the wrong one, the game continues. This feature is unique and has the ability to turn tides in the game in one click! 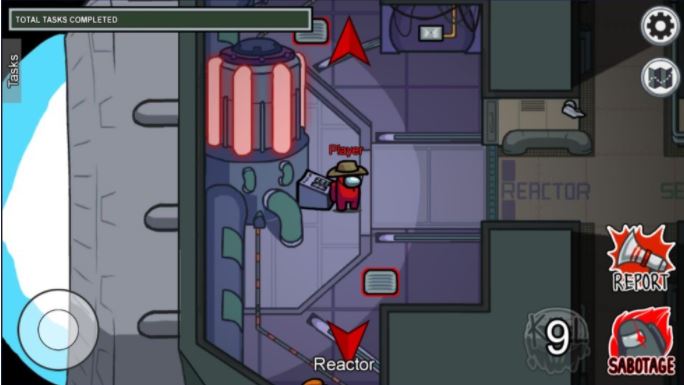 Customizations – Another nifty feature in Among Us are the customizations. You can change a lot in here namely: hats, pets, skins and colors. As for the pets, you can purchase different types of pets to accompany you in matches. They don’t do anything else aside from look cool and cute. Plus, they also have unique reactions when their owners die. Then, there are different colors to choose from before the game starts. Each color is unique and can’t be chosen twice to make it easier to determine who is who. Aside from that, there are tons of skins to choose from with different themes! Lastly, you can also decorate your player with different hats from the game. They range from normal to straight up silly like a banana!

Enjoyable graphics and controls – When it come to the graphics, Among Us has one of the coolest looking ones. The 2D display is perfect for players to get a good vision of who comes in and out of rooms. The character designs are simple as well yet so striking. Overall, the developers did a great job bringing together elements to provide a fun time for players.

Maps – As the game goes on, there would be more maps to choose from in here. But in the meantime, you can play in 3 maps: The Skeld, Mira HQ, and Polus. Each of these maps are unique and they offer different types of tasks and gameplays for everyone!

Tips for Beginner Among Us Players

Among Us is a game of wits. But for newbies, it can get overwhelming! Here are some tips to help you:

Fake tasks properly – As an impostor, you can do fake tasks as if you’re a crewmate. But you need to be careful as not to alert others. When doing fake tasks, you need to know which ones take a long time and which ones don’t. Because if you finish a long task in seconds, it can arouse suspicions.

Act properly – You also need to act like a crew member when you’re an impostor. The goal is to be as discreet as possible so any suspicious movements are unnecessary. Don’t act like you’re going around in places trying to kill people. Blend in and you should be good to go!

Use the chat properly – In this game, there’s a chat function when a meeting has been called. Use this to your advantage when you’re the impostor. Don’t wait for other players to be suspicious about you. But don’t also be aggressive as it can backfire on you! 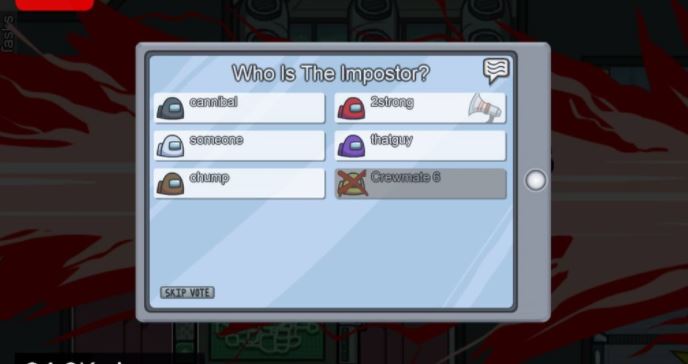 There are tons of spy games out there right now. But if you want to play a unique game with your friends and family, then Among Us is the game for you! Enjoy a wide variety of customizations, gameplay and maps! Play now and see for yourself.