Download Grand Theft Auto: Vice City and explore the world of crime in the city. The game is set in a realistic environment characterized by beaches, buildings, and beautiful roads.

Why GTA Vice City is Phenomenal

GTA Vice City is one of the most popular 3D games ever released. It has drawn both positive and negative comments from gaming enthusiasts. However, the gameplay has won the hearts of millions of players—if its statistics download is anything to go by.

The game was released in 2002 by Rockstar Games. It challenges you to overcome numerous obstacles and help Tommy restore his lost glory. You must explore all the criminal gangs in the city and eliminate all their bosses. Your primary intention will be to capture them and allow Tommy to become the boss of the criminal world. 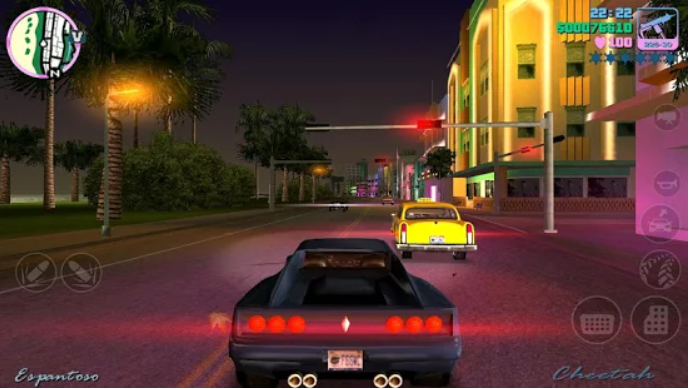 The game has superior graphics and easy-to-navigate user interfaces. These features make it easy for gamers to control their characters regardless of their experience level.

How Does the Game Begin? An In-Depth Analysis of the Plot

GTA Vice City begins in 2002 when Tommy Vercetti was released from prison. This ex-convict completed his 15-year murder term to find that he’d been replaced as the king of the criminal gangs in the region.

These developments did not please him and he vowed to revenge and restore his power. However, it will not be a simple journey! Achieving that means that you must eliminate all the prevailing leaders of the criminal gangs.

While Tommy was determined to do everything possible to regain his status, he did not have many resources since he was coming from prison. As such, he decided to work with Sonny Forelli, who was also a member of the underground gangs.

One day, Sonny decided to send Tommy for a mission. To help him in all his mission was a lawyer named Ken Rosenberg. The boss gave the two a drug package to deliver to a customer in Vice City.

Unfortunately, this mission was unsuccessful. Tommy and Ken were attacked by the underground gangs and all their possessions were stolen—including the parcel and money.

On hearing the news, the boss became furious. He wanted nothing else besides his drugs and all the money he had given them.

These difficulties challenge Tommy to think outside the box. How well will he manage the situation? Download the latest version of the game and join this dynamic gameplay. 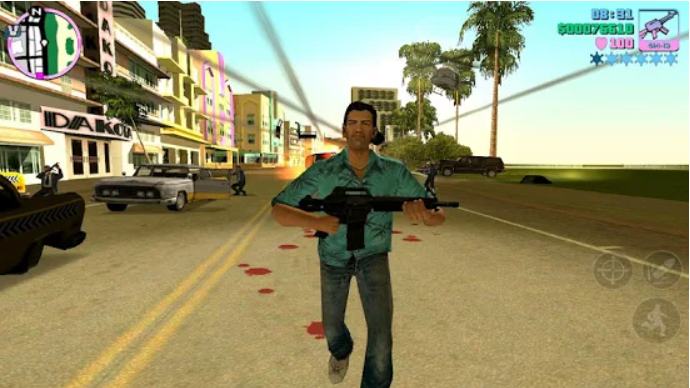 GTA Vice City is designed to allow you to use your creativity and solve several puzzles. You’ll be required to explore various parts of the city as you seek to recover your parcel from criminals. When the game starts, you must select your game map and ensure that you have all the tools that you need to exterminate armed gang members.

Also, you must interact with several people who will help you to trace these criminals. The people you’ll engage will range from a DJ to artists and fellow criminals. You should ensure that you utilize every tip that you get optimally to accelerate the process.

Every time you succeed in your mission, you’ll earn points and other treasures. This way, you can be certain that you’ll unlock better gaming features. Additionally, you’ll be free to take over the business premises of your rival and establish booming businesses yourself.

You should do everything possible to gather resources that’ll help you in advancing the gameplay. Also, you must be careful not to be caught by cops, if that happens, they’ll frustrate you and leave you broken to the core.

Vice City is an extensive place spread across beautiful beaches and plains. As such, you’ll need reliable movement methods, lest your missions become too complicated to handle.

The game offers several flexible movement options including walking, riding on a motorbike, frying or driving. However, most of these motor vehicles will never be available.

As such, you may be forced to hi-jack an innocent motorist to allow you to use their motor vehicles. While this action will enhance your gameplay, it’s illegal and can lead to police arrest which would be detrimental to your efforts.

Additionally, you may invoke some supernatural power that’ll help you fly from one building to the other. This way, you’ll easily access hidden areas, thus enhancing your chances of exposing the criminals and exterminating their reign.

· Enhanced Targeting Options. This game allows you to choose the best firing and targeting options which will contribute to eliminating the enemies fast.

· Many Customization Options. This game offers you a rare chance to modify your character to suit your needs.

· Numerous Missions. This game has multiple missions with varying features. This diversity helps in eliminating boredom.

· Unique Multiplayer Option. In this game, you can invite your friends and families with this thrilling event. The more you are in the gameplay, the more enjoyable the gameplay becomes. You can use the MoGa Wireless Game Controller and USB Gamepads.

This game offers 3D graphics that guarantee highly-inclusive gameplay. It shows all the details of the game—including the well-manicured lawns, landing aircraft, beaches, and beautiful girls on the beach, among other exceptional features.

Even more thrilling is the game’s sound effects. Everything that happens in GTA Vice City is realistic. As such, you can be sure that you’ll never miss a conversation. Additionally, the topnotch sound systems ensure that you understand all the gaming instructions. Additionally, the game allows you to customize your characters, which ensure that you engage in highly personalized gameplay. Invite your friends and have fun together in its extraordinary multiplayer features.